Wyverns are kin to dragons, although they do not breathe fire. They are highly poisonous, possessing both quills and feathers and being generally smaller, stockier and more brutish than the dragons described by Maesters. Their bones are not black and thus, most likely contain less iron than their extinct relatives. Varieties include brindled wyverns, swamp wyverns, brownbellies, and shadow-wings. Wyvern Point in northern Sothoryos is named after the creature, which hunts above its swamps and jungles. Septon Barth wrote about them in Dragons, Wyrms, and Wyverns: Their Unnatural History, and speculated that Valyrian bloodmages may have created dragons using wyvern stock. 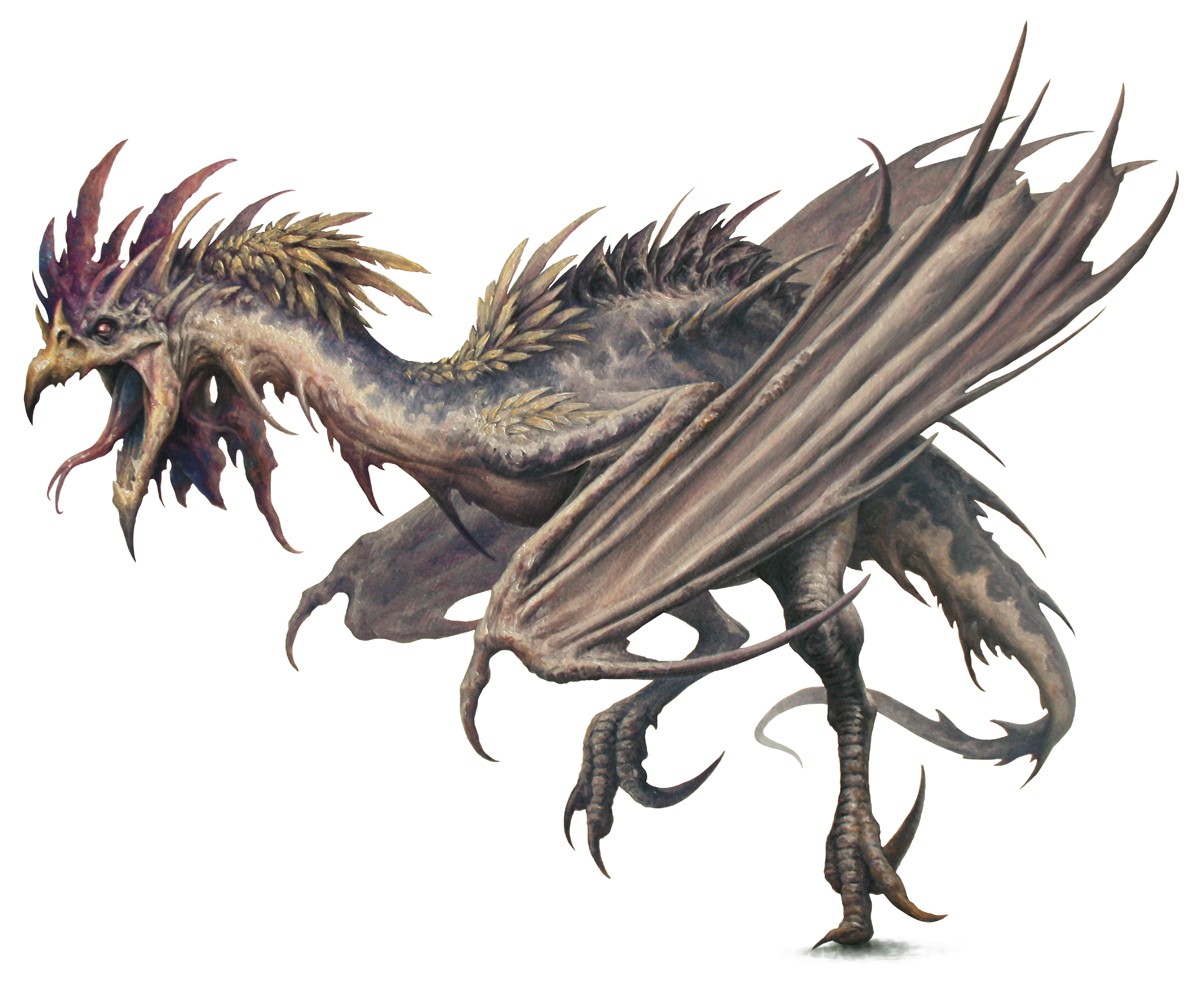 by: TivatUnger
See All Pages