Dark haired, blue eyed, and comely in an anemic way, Wynafrei is young for a Hedge Witch, barely nineteen, but has already made a name for herself.

Wynafrei was a foundling in Hexwood, raised by a hedge witch named Mama Mags and skilled in all kinds of divination. She has been infamous to the villagers of the fishing towns since she was fourteen and the five intervening years have only given her more of a dread reputation.

She claims to perform dark rites including blood magic and prophecy, even among her own kind, and lives in a lonely cave on the far southern edge of the woods. Most of the Hedge Witches suspect she has a lover who acts as patron for her clothes are generally well kept and she seems better bathed than most of the women.

The locals call her Wynafrei Witch-Eye or sometimes just Witch-Eye and claim that she is actually a thousand year old squisher queen who murdered a young maiden and wears her skin. Nevertheless they go to her for the darkest requests, blights placed on rivals’ crops, curses, written in lead and buried in the earth, to bring misfortune and death upon the fisherfolk, shadowy companions born of lust and malice. 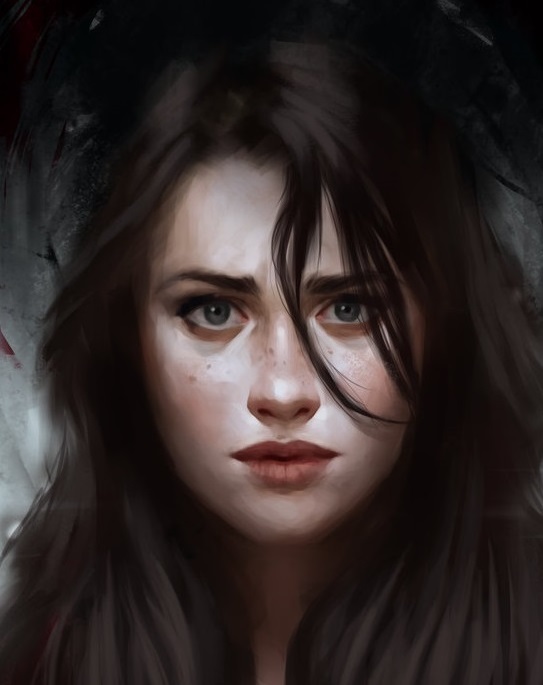