The Lace Serpent, Downfall of Duskendale

Serala was the dark-haired, olive skinned beauty of Myr, known for her stunning looks, hospitable nature, and cosmopolitan background.

Now, wearing the skin of her handmaiden, Bethany, she appears sandy haired and blue eyed with a fair complexion and a significantly curvier frame.

Though Myrish women do not take family names, Serala may be one of the most connected people in the Free Cities. She is the the third cousin of the Archon and a first cousin to the Argent Prince. Though her relationship to the Archon is through the female line, the association has brought her wealth and favor, on top of her not inconsiderable skills as a peacemaker and negotiator.

Serala has spent much of her life abroad, traveling the world as companion of her cousin, the Argebt Prince. While Myr has always been her home, she has spenr considerable time in Lorath, Yunkai, the Basilisk Isles, and Oldtown. This love of travel eventually brought her into the circles of young Lord Denys Darklyn, then the heir to the Dun Fort. Against the better wishes of his advisors, Denys married Serala three years ago and she gave up the globetrotting life for a more domestic one. 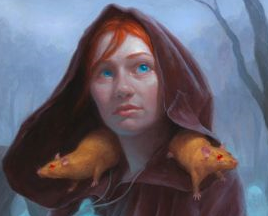