Crown Prince of Dragonstone, Heir to the Seven Kingdoms

At eighteen, Prince Rhaegar Targaryen is a shy sensitive youth with dark indigo eyes and the fine, silvery hair of his family line.

Prince Rhaegar was first born son of King Aerys II Targaryen and Queen Rhaella. He was born in 259 AC, on the same day that the Tragedy at Summerhall took place.71 As a child he read obsessively, to the point that jests were made about his habits. He became a noted warrior later in life, although he did not initially seem inclined to martial habits. However, apparently by something he had read, Rhaegar became motivated to become a warrior.

At the age of seventeen, Rhaegar was knighted, and from all reports grew into a highly skilled and capable fighter, always distinguishing himself well at tournaments, although he seldom entered the lists. Men said Rhaegar loved his harp more than he loved his lance.

Rhaegar often liked to visit the ruins of Summerhall with only his harp and when he returned he sang songs of such beauty they could reduce women to tears. Although Rhaegar was often dour, private and bookish, it was noted that at the tournament in honor of Viserys’s birth in Lannisport in 276 AC that the smallfolk cheered for Lord Tywin Lannister twice as much as for King Aerys II, but only half as loudly for Tywin as for Rhaegar. Rhaegar was defeated in the champion’s tilt by Ser Arthur Dayne.[ 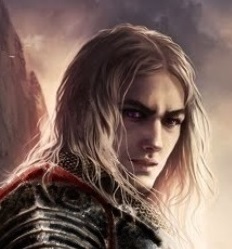