Member of the Golden Company, Killed as a Warning to Zia

Nine and twenty, Ronnet is burly with a thick black beard and bushy hair. His face shows more laugh lines than any others.

Ronnet claims to be the son of a Hedge Knight, though he’s never specified which one. He also claims to be from the North, though he doesn’t have the accent. Ronnet claims a lot of things. His propensity for serving up such delicious stories has earned him the nickname Redmeat Ronnet, though even this explanation is in doubt. The truth of the matter is, Ronnet is a good drinking partner and deadly with a mace, so most in the Golden Company overlook his bald-faced lying.

More importantly for Zia, Ronnet is the right combination of reliably handy in a fight and unknown in Westeros. Another officer might be more useful as an advisor, but none are likely to raise fewer hackles or be recognized by those who exiled him.

Zia asked that Ronnet stay behind in Duskendale to intercept a message sent to her. A day and a half later, his head was sent to Zia with a note that read: “You escaped justice by sacrificing another, this time. We honor the calls of no false dragons across the sea, Traitor Queen.” 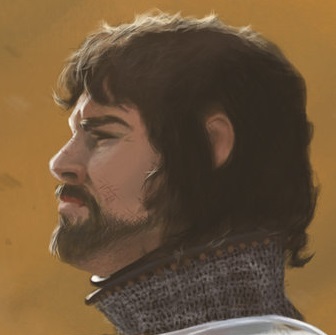