A Scion of the Iron Bank still Callow and Untempered

Mellaro Ostyris, a Braavosi scion of a keyholding family in the Iron Bank and sometime hobbyist-smuggler, is a man, but only just. His youthful inclinations tend toward hanging out with bravos and flirting with courtesans while at home, smuggling minor trinkets and small luxuries into Westeros in his own purple-hulled sloop (sailed with a small crew of loyal family retainers whose main job is to keep him out of trouble) and generally slumming it wherever he can get away with it. When he can’t, he spends his time making beautiful, frivolous things—jewelry, leather goods, calligraphy. Mainly, Mellaro likes to keep his ear to the ground, soaking up information and enjoying himself at the same time. He is independent and curious about the world, sociable though with few truly intimate friendships outside his family and their servants.

Now that he is on the verge of his majority, his family has had enough. Mellaro has been sent to Duskendale to scope out the siege and offer financial services to Rhaegar; unofficially, he is also to weigh the Iron Bank’s options in case Aerys Targaryen is killed. It’s a fairly minor mission, since there’s little chance of Targaryen rule being overthrown (with Rhaegar and Viserys ready to go as heirs), but his family wants him to get serious about his future duties at the Iron Bank and hopes this will set Mellaro on the straight and narrow path. Mellaro takes his mission seriously, but as he understands that the stakes are not that high for Braavos, he plans to mix business with pleasure. 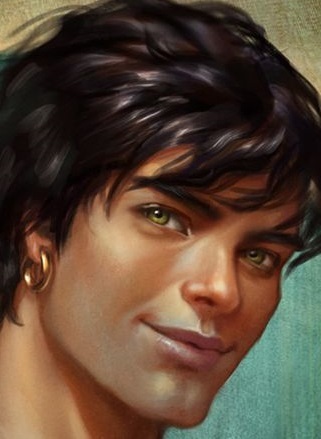