She always hated the cold… the dull, lifeless, blistering cold. She knew something lurked in the frozen wastes; something that made her toes curl up and her teeth dig into her lip until it bled… She was born in a dark pit of ice and didn’t know a day of true warmth until she came to the Seven Kingdoms.
Her father was a useless coward and a liar who smelled of rotten fish and smoke. He strangled her mother. She found him with his hands around her blistered neck, but it was too late. Kaiden froze, but swore she never would again. Three days later, she stuck him deep in the side with a fallen branch she had whittled down to a fine, sharp point. After leaving her sister in Mable’s able hands deep in the woods, she ran. She ran until her feet bled and the stinging snow gave way rock and dirt.
She made it past the wall, and finally to the Riverlands where she lived off the woods until she encountered a young nobleman named Ethan. The boy was the second son of Horus Vance. Ethan brought her to his father who took her in, educated her, and grew to deeply care for her. But his mother, Elirna always disapproved.
Ethan and Kaiden grew closer over the course of several years, prompting Elirna to urge her husband to send Kaiden away. Horus, who’d grown to care for her as a daughter, would not abandon Kaiden but he also couldn’t abide Ethan’s burgeoning interest in her, especially as he’d grown increasingly suspicious of her origins. Instead, he sent Ethan away to serve the king and to marry and live in King’s Landing.
Soon after, Kaiden convinced Ethan’s older brother, Damon, to help her steal away to King’s Landing to pursue Ethan. But Damon was convinced that Ethan wouldn’t leave his duties behind for her. It takes nearly a year for her to gather resources and make arrangements for passage to one of the free cities. Horus, meanwhile, had grown increasingly ill and was often bed ridden from his ultimately fatal condition.
Ethan was now married and mired in the politics of King’s Landing. When Kaiden approached him, he hesitated, not wanting to abandon his duties and disappoint his father, but he eventually agreed to abscond to the free cities with her. Kaiden arrived at the docks at dawn to meet Ethan as they had planned, but he never appeared.
Kaiden went back convinced that there must be some telling explanation for his absence. She climbed to his window, peaking through in the dim light to find him with his wife going about the mundane business of the morning. Kaiden could have sworn, just for a second, that he saw her.
Kaiden retreated to the Riverlands where Damon awaited her. He suspected her failure, knowing his brother all too well. With Horus near death, Damon was effectively the lord of House Vance. Kaiden turned to him first for comfort and the gratification of knowing that Ethan would someday learn of it, and perhaps regret his cowardly inaction. But more than that, Damon was — for now — her one remaining chance at obtaining the respect and status she desperately desired and believed she had earned. She wouldn’t stop until she had what she wanted or she was dead. There was no going back. 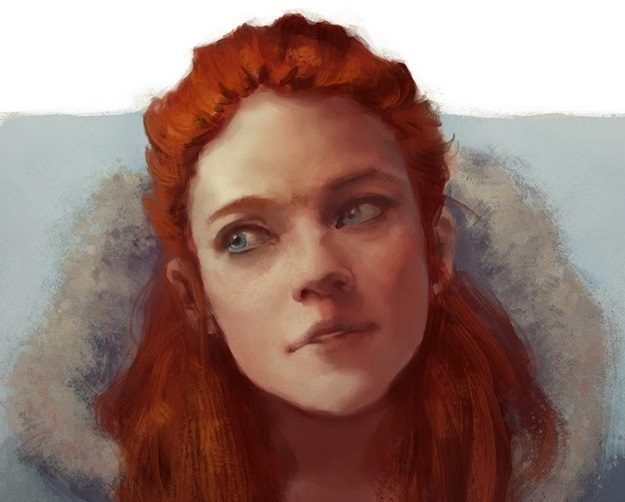