Raven Warg Driven From His Home

Bram is twenty but slight, still passing for a boy or a man just grown. He has pale skin and rheumy eyes that peak out from under a mop of dark brown hair. Though he is an Umber bastard he inherited none of the family’s great stature or strength.

Bram is the son of either Mors or Hother Umber (both claim to have deflowered the same milkmaid). He was acknowledged by the family and, seeing as he was born to a non-inheriting line, they do not seem to care much about what part of the family he comes from.

He lived at the Last Hearth since birth, a favorite of Hoarfrost Umber’s wife, Amaryllis. That changed however when suspicious smallfolk noticed his warging. The Umbers sent him South with Esje in order to fake his death and give him a future elsewhere.

For the last two years he has served as Esja’s dutiful apprentice, learning warging and trapping. 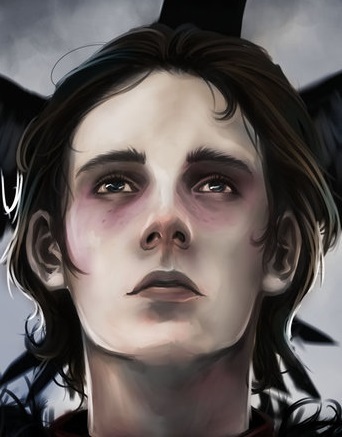