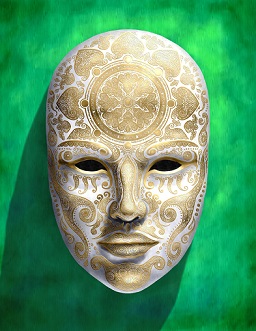 As the majority of you limp out of the smoking, Dragonpit, bleeding from half a dozen wounds, you pause to reflect on the events of the last fourteen hours. With the knowledge that suspicious happenings involving a woman matching Bethany Waters description were occurring near a Silent Sisters convent at the base of Rhaenys Hill, your party decided to meet the fence at the appointed time. Rivington spent his day buying supplies and, later negotiating for all your lives with the definitely not-dead Serala. At the same time, Zia and Esje canvassed the convent looking for likely points from which to fire. You then took a midday nap to be rested for the evening. Upon waking, Zia and Ser Beomund shared a drink and traded war stories before the former received a grisly package containing the severed head of her lieutenant and a threatening note from his killer. Daunted but not destroyed, you set out for the convent and thoroughly infiltrated the sewer systems in weasel form before being let inside and discovered a front for a human smuggling operation. People enter in coffins as though dead, other bones emerge, and the supposed corpse is spirited away through back tunnels to escape the city. After pausing to note the mechanism by which scarabs were poured onto the recently deceased you wound your way through these tunnels. Upon discovering some of the Guild of Pyromancers experimentation rooms, Kaiden accidentally set off a jug of wildfire prompting you to flee upwards into the dragonpit. You were then assailed by members of the Crimson Tongue, a Myrish assassins guild adept with alchemical weaponry and other forms of Free Cities technology. A desperate fight ensued, interrupted by Allyria’s shocking betrayal of the party, attempting to murder Mellaro before being, herself assaulted by a shadowy figure that ripped her face from her body and then the face beneath, leaving only an inky darkness. Absconding with Allyria’s un-face, leaving her only the familiar one, you dispatched the rest of the assassins and took the turncoat into your custody before fleeing the rising flames. It is currently 3 on the morning of the 12th day of the 10th month of the 277th year since Aegon’s conquest. You are nearly all moderately wounded in ways you will have to remind me of.